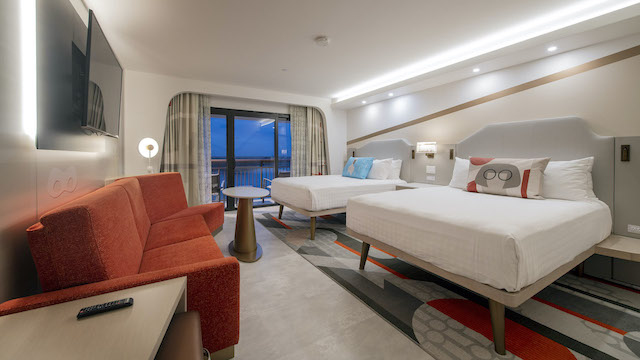 You may remember that during my visit to Walt Disney World last month I shared a photo of the construction screens up all over the inside of Disney’s Contemporary Resort.

Today we got a first look behind those screens at the (as expected) Incredibles themed reimagining of the resort rooms.

The remodeling of the lobby – including The Wave restaurant – will begin in July. After that they will begin work on the Garden Wing rooms.

You can learn more about Disney’s Contemporary Resort in my video below.

As Walt Disney World prepares to celebrate its 50th anniversary this October, Walt Disney Imagineering is continuing to build on the optimistic spirit of Disney’s Contemporary Resort, enhancing the retro-modern aesthetic evoking Tomorrowland … with a dash of something Incredible, too. 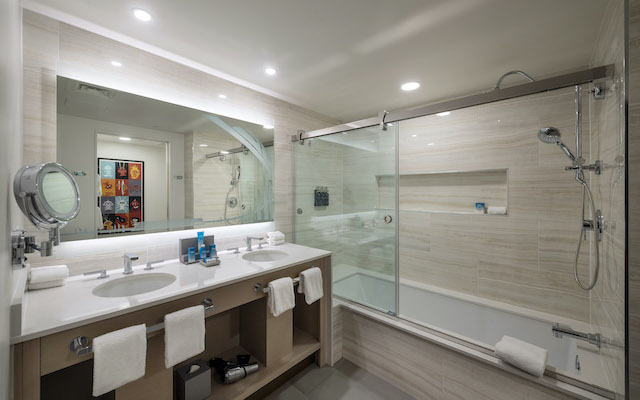 Currently all nine floors of guest rooms in the tower are being completely refurbished, and here’s a first look at the new décor debuting this fall. As you can see, these rooms will blend a sleek Monorail motif with some favorite characters from Pixar Animation Studios’ Incredibles films, including Jack-Jack, Frozone and Edna Mode. New custom artwork in guest rooms and along guest corridors will be modern, futuristic and oh so stylish, dahling, complementing the resort’s architecture while putting the Supers’ powers on display. 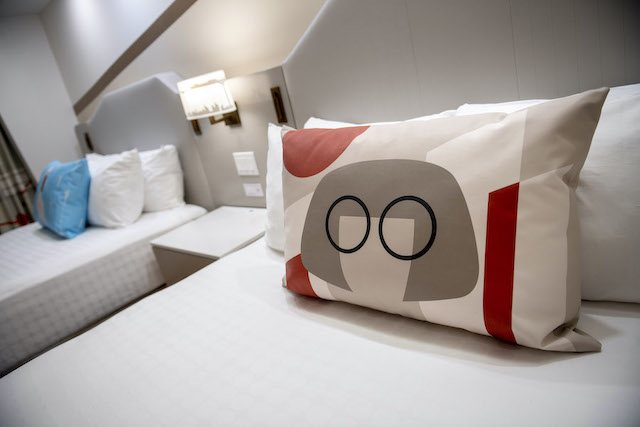 In the lobby, you’ll soon see a collection of modern art pieces as well as historical, behind-the-scenes photographs of Disney’s Contemporary Resort in development and under construction. The resort’s lobby restaurant, The Wave… of American Flavors, will also soon close to make way for a reimagined dining experience in time for the Walt Disney World 50th anniversary celebration. And once the tower guest rooms are complete, work will begin on the rooms inside the Garden Wing out on the shore of Bay Lake.